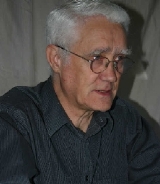 The notion of an ESS (evolutionarily stable strategy) was introduced by Maynard Smith and Price(1973) in order to provide an explanation for the co-existence of disparate strategies observed in fights between animals.

In some population individuals engage in pairwise contests using strategies drawn from some repertoire S. An individual who plays u ? S against one who uses v ? S receives a payoff E(u, v). Payoffs are additive so that an individual (or a group of individuals) using strategies according to some probability vector (or density) q say, in a population playing p receives E(q, p), the appropriate expectation. A strategy p is said to be an ESS if for any q ‡ p either (1) E(p, p) > E(q, p) or (2) E(p, p) = E(q, p) and E(p, q) > E(q, q). These conditions ensure that ”in some sense” a population playing p is not invadable by any alternative.

There are some problems with the notion of an ESS. There is no well defined dynamic for the frequencies with which the strategies are played, and transmitted to subsequent generations. There is often no temporal framework within which the conflicts occur. These issues will be briefly discussed before moving on to discuss variants of one of the key models in the theory.

In the original model of the War of Attrition (Maynard Smith, 1974) individuals choose their strategies, which are times to display, from S = [0, ?). The contest continues until one of the individuals reached his chosen time and retreats, leaving the other as the winner to collect the reward V . Thus if x is played against y the payoff E(x, y) = V ?(x, y) ? min(x, y) where ?(x, y) = 1, 0.5, 0 for x >, =, < y respectively. The ESS is simple, it is given by the negative exponential density with mean V . There are many variants of this model (1) embedding it within some ecological framework, (2) embedding it with some temporal framework with variable rewards, (3) allowing multiple players and multiple rewards. We shall explore some of these and what they tell us about ESS’s in general, as well as some new models.