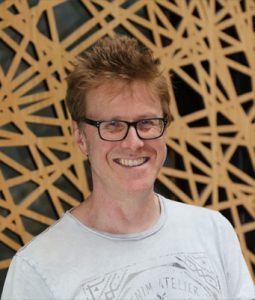 In 1960 Rudolph Kalman published what is arguably the first paper to develop a systematic, principled approach to the use of data to improve the predictive capability of mathematical models. As our ability to gather data grows at an enormous rate, the importance of this work continues to grow too. The lecture will describe this paper, and developments that have stemmed from it, revolutionizing fields such space-craft navigation, weather prediction, oceanography and oil recovery; the lecture will also describe new application domains such as climate modeling, medical imaging and machine learning. Some mathematical details will be also provided, but limited to simple concepts such as optimization and iteration; thetalk is designed to be broadly accessible to anyone with an interest in quantitative science.

Andrew Stuart has research interests in applied and computational mathematics, and is interested in particular in the question of how to optimally combine complex mechanistic models with data. He joined Caltech in 2016 as Bren Professor of Computing and Mathematical Sciences, after 17 years as Professor of Mathematics at the University of Warwick (1999–2016). Prior to that he was on the faculty in The Departments of Computer Science and Mechanical Engineering at Stanford University (1992–1999), and in the Mathematics Department at Bath University (1989–1992). He obtained his PhD from the Oxford University Computing Laboratory in 1986, and held postdoctoral positions in Mathematics at Oxford University and at MIT in the period 1986–1989