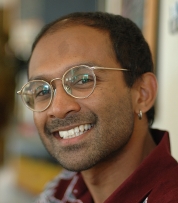 Ever since the discovery and publication of the persistent homology algorithm, by Edelsbrunner, Letscher and Zomorodian in 2000, classical algebraic topology has enjoyed new life as a field of applied mathematics. Whereas algebraic topology has traditionally been regarded as a technically complex and challenging discipline, the underlying geometric intuitions are very natural. In the 21st century, these beautiful ideas are accessible to anyone: large experimental data sets provide a rich source of examples, while powerful computers carry out the necessary homological algebra.

I will discuss several modern applications of algebraic topology, from nonlinear statistics to sensor networks. The talk is intended for a general audience.