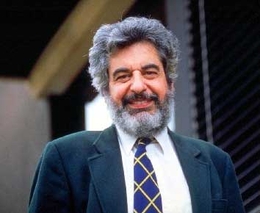 Jacques Morgenstern, mathematics professor at Nice Sophia Antipolis University, was one of the pioneers in formal calculation and the interactions between mathematics and computer technology. His work and influence touched areas as broad as mathematics, algorithmic, logic, scientific calculation or computer science theory. He concentrated on difficult algorithmic problems such as inferior boundaries in complex analysis.

Jacques Morgenstern was originally with André Galligo, when the SAFIR project was created (Systèmes Algébriques Formel pour l’Industrie et la Recherche – Formal Algebraic systems in Industry and Research). He headed the project until he died. SAFIR was a project shared by INRIA, Nice Sophia Antipolis University and the CNRS with its’ Mathematical laboratories: J.A. Dieudonné URA 168 (Géométrie et Calculs as intermediate) on the one hand and on the other hand in computer technology, Signaux et Systèmes I3S, URA 1376.

A renowned and well known specialist in formal calculation, Jacques Morgenstern knew how to share his concern with his team: to develop effective methods, which were not only theoretical and possible research applications.

The SAFIR project drew examples from body articulation mechanics, robotics, geometry, numerical calculation and combinatorial. Resolving such problems gave results in algorithmic, complexity theory and original symbolic calculation computer software development. We can give the example of research in automatic differentiation, which was partially financed by industrial contracts and which helped Odysséé software which was used successfully in the different FORTAN industrial codes, having results in complexity. One can also cite the central control software environment which was developed by the European Project PoSSo permitting formal calculation system and algebraic cooperation.

“If we have no ambition to propose the perfect language for Formal algebraic calculation or algorithms in real time for algebraic geometry, nevertheless our desire is to maintain a firm experience to provide adequate methods and useable prototypes in scientific calculation for the community.”