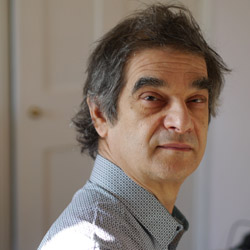 Mathematicians have always been prone to error. As proofs get longer and more complicated, the question of correctness looms ever larger. Andrew Wiles’ proof of Fermat’s last theorem contained a flaw that was only fixed a year later. Meanwhile, proof assistants — formal tools originally developed in order to verify hardware and software — are growing in sophistication and are being applied more and more to mathematics itself. When will proof assistants finally become useful to working mathematicians?

Mathematicians have used computers in the past, for example in the 1976 proof of the four colour theorem, and through computer algebra systems such as Mathematica. However, many mathematicians regard such proofs as suspect. Proof assistants (e.g. Coq, HOL and Isabelle/HOL) are implementations of symbolic logic and were originally primitive, covering only tiny fragments of mathematical knowledge. But over the decades, they have grown in capability, and in 2005, Gonthier used Coq to create a completely formal proof of the four colour theorem. More recently, substantial bodies of mathematics have been formalised. But there are few signs of mathematicians adopting this technology in their research.

Today’s proof assistants offer expressive formalisms and impressive automation, with growing libraries of mathematical knowledge. More however must be done to make them useful to mathematicians. Formal proofs need to be legible with a clear connection to the underlying mathematical ideas. Natural language must play a stronger role, and our millions of lines of existing proofs surely contain hints to aid in the construction of new proofs.

Lawrence Paulson  is Professor of Computational Logic at the University of Cambridge, where he has held established positions since 1983. He has written nearly 100 refereed conference and journal papers as well as four books. He introduced the popular Isabelle theorem proving environment in 1986, and made contributions to the verification of cryptographic protocols, the formalisation of mathematics, automated theorem proving technology, and other fields. He has supervised over 20 postgraduate students and numerous postdoctoral researchers. In 2008, he introduced MetiTarski, an automatic theorem prover for real-valued functions such as logarithms and exponentials. He has the honorary title of Distinguished Affiliated Professor from the Technical University of Munich and is an ACM Fellow.