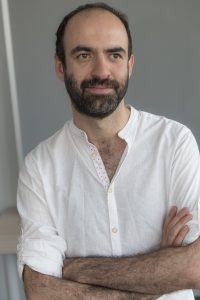 The field of quantum information processing (quantum computation and quantum communication) has grown considerably in recent decades. Numerous proof-of-principle experiments on small-scale quantum systems (few physical degrees of freedom) have been carried out in various physical frameworks such as NMR (nuclear magnetic resonance), trapped ions, linear optics and superconducting circuits. In spite of all these achievements, and to make it a useful technology, an important step of scaling is required for multi-qubit (quantum-bit) protocols. The main obstacle here is the destruction of quantum coherence (called decoherence) due to the interaction of the quantum system with its environment. The next critical step in the development of quantum information is most certainly the active correction of errors. Through this step, it is conceivable, using possibly many physical qubits, an encoded logic qubit that is protected against the major decoherence channels and thus admits an effective coherence time much longer than a physical qubit. Although a theory of quantum error correction exists and has been developed since the mid-1990s, early experiments are currently being studied in physics laboratories around the world. A central challenge in all these experiments is related to the real-time feedback control required for error correction. After reviewing some of the theory behind this area, I will explain how this central challenge can be attacked by passive control and dissipation. I will also review a series of recent experimental developments in this area.

Mazyar Mirrahimi graduated from Ecole Polytechnique and then from Mines Paristech with a PhD in automatic control in 2005. He was then hired as a permanent researcher at Inria in 2006. He is currently director of research at INRIA, a part-time professor at Ecole Polytechnique and a visiting scientist at Yale University. He is the head of the QUANTIC project-team, a joint team between Inria, École normale supérieure and the Paristech Mines, composed of experimental physicists and applied mathematicians.