Marie-Paule Cani – Towards the Expressive Design of Virtual Worlds: Combining Knowledge and Control 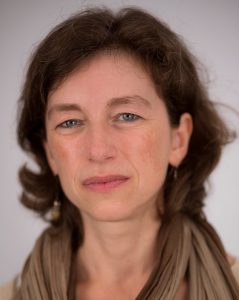 Despite our great expressive skills, we humans lack an easy way of conveying the 3D worlds we imagine. While impressive advances were made in the last fifteen years to evolve digital modeling systems into gesture-based interfaces enabling to sketch or sculpt in 3D, modeling is still generally limited to the design of isolated, static shapes. In contrast, virtual worlds are composed of distributions or assemblies of elements which are too numerous to be created or even positioned one by one; the shapes of these elements may heavily depend on physical laws and on the interaction with their surroundings; and many of them may be animated, meaning that they should not only be designed in space, but also over time. In this talk, I will explore the recent extensions of expressive modeling metaphors such as sketching, painting, transfer and sculpting, to such complex cases. I will show that models for shape and motion need to be redefined from a user-centered perspective, and in particular embed the necessary knowledge to make them respond in an intuitive way to the user’s control gestures.

Marie-Paule Cani is a Professor of Computer Science at Grenoble University & Inria. She contributed over the years to a number of models for shapes and motion, such as implicit surfaces, multi-resolution physically-based animation methods and hybrid representations for real-time natural scenes. Following a long lasting interest for virtual sculpture, she has been recently searching for more efficient ways to create 3D contents such as combining sketch-based interfaces with user-centered 3D models. She received the Eurographics outstanding technical contributions award in 2011, an advanced grant from the ERC and a silver medal from CNRS in 2012 for this work. She was elected at Academia Europaea in 2013 and was granted the Informatics and Computational Sciences chair at Collège de France in 2014-2015. She represented Computer Graphics in the ACM Publication Board from 2011 to 2014 and is Associate editor of ACM Transactions on Graphics. Fellow of Eurographics since 2005, she is currently Vice-chair of the Eurographics association.