Dennis Shasha – The Changing Nature of Invention in Computer Science 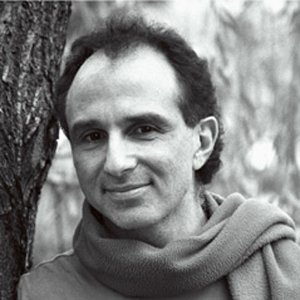 What drives inventions in computing?

Necessity seems to play only a minor role. Anger at the way things are is much more powerful, because it leads to easier ways to work (the invention of new computer languages).

A general dissatisfaction with the practical or theoretical structure of the world can open up whole new approaches to problems (complexity theory and cryptography).

Finally, a genuine collaboration between people and machines can lead to an entirely new kind of engineering for devices that will travel to far-off planets or to hostile environments.

The talk will discuss the work of several inventors in computing and engineering, their inventions, and how they came up with them and how they plan to come up with more in the future. The ensuing discussion will address the fundamental nature of invention in a world partly populated by intelligent machines.

Dennis Shasha is a professor of computer science at the Courant Institute of Mathematical Sciences, a division of New York University.

His current areas of research include work done with biologists on pattern discovery for microarrays, combinatorial design, network inference, and protein docking; work done with physicists, musicians, and professionals in finance on algorithms for time series; and work on database applications in untrusted environments. Other areas of interest include database tuning as well as tree and graph matching.

After graduating from Yale in 1977, he worked for IBM designing circuits and microcode for the IBM 3090. While at IBM, he earned his M.Sc. from Syracuse University in 1980. He completed his Ph.D. in applied mathematics at Harvard in 1984.

Professor Shasha has written six books of puzzles, five of which center on the work of a mathematical detective by the name of Jacob Ecco, a biography about great computer scientists and several technical books relating to his various areas of research (biological computing, databases, statistics, etc.). He has written monthly puzzle columns for Scientific American and Dr. Dobb’s Journal. In 2013 he became a fellow of the Association for Computing Machinery.