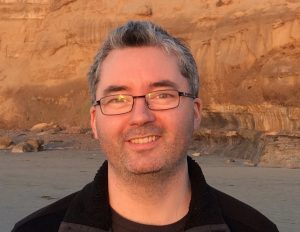 The history of computing tells us that computers can be made of almost anything: silicon, gears and levers, neurons, flowing water, interacting particles or even light. Although lithographically patterned silicon surfaces have been by far the most successful of these, they give us a limited view of what computation is capable of.

Algorithms typically control the flow of information by controlling the flow of electrons through digital-electronic devices, but in the field of molecular computing we imagine algorithms that control matter itself.

This talk will be about DNA molecules that interact with each other in a test tube to execute algorithms. We will show how DNA can be re-engineered to act not only as an information encoding polymer (as it is in biology) but also as a computational primitive for executing somewhat soggy computer programs. The talk will showcase some of our wet-lab results on implementing 21 different algorithms using self-assembling DNA strands [1]. We will also see how tools from the theory of computation can help us understand what kinds of computations molecules are capable of.

Damien Woods is at the Hamilton Institute, Maynooth University, Ireland, where his group conducts research on molecular computers: collections of carefully engineered DNA molecules that bump into each other and interact in a test tube to solve some mathematically specified computational problem.  His focus is on both the underlying computational theory and implementation in the lab. The work is funded by the European Research Council (ERC) and Science foundation Ireland (SFI).

He enjoys whiteboarding, pipetting, AFMing and other scientific sports.