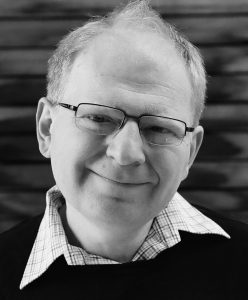 Computer vision has made impressive gains through the use of deep learning models, trained with large-scale labeled data. However, labels require expertise and curation and are expensive to collect. Can one discover useful visual representations without the use of explicitly curated labels? In this talk, I will present several case studies exploring the paradigm of self-supervised learning — using raw data as its own supervision. Several ways of defining objective functions in high-dimensional spaces will be discussed, including the use of General Adversarial Networks (GANs) to learn the objective function directly from the data. Applications of self-supervised learning will be presented, including colorization, on/off-screen source separation, image forensics, paired and unpaired image-to-image translation (aka pix2pix and cycleGAN), and curiosity-based exploration.

Alexei A. Efros is a professor in the Department of Electrical Engineering and Computer Sciences at UC Berkeley. His research is in the areas of computer vision and computer graphics, especially at the intersection of the two. He is particularly interested in using data-driven techniques to tackle problems where large quantities of unlabeled visual data are readily available. Efros received his BS from University of Utah in 1997, and PhD from UC Berkeley in 2003. Prior to joining Berkeley, he was a faculty at Carnegie Mellon University for nine years, and has also been affiliated with École Normale Supérieure/INRIA and University of Oxford. He is a recipient of CVPR Best Paper Award (2006), Sloan Fellowship (2008), Guggenheim Fellowship (2008), SIGGRAPH Significant New Researcher Award (2010), 3 Helmholtz Test-of-Time Prizes (1999,2003,2005), and the ACM Prize in Computing (2016).